It’s in our food

We rely on water to produce our food

The water in the Nation’s rivers, lakes, reservoirs, and underground aquifers are vital to our everyday life. These water bodies supply the water to serve the needs of every human and for the world’s ecological systems, too.

Irrigation and water use

Agriculture is a major user of ground and surface water in the United States, accounting for approximately 80 percent of the Nation’s consumptive water use and over 90 percent in many Western States. Rightfully so, considering it takes a large amount of water to produce our food. See chart below for examples of how much water it takes to produce some of the food items we enjoy. 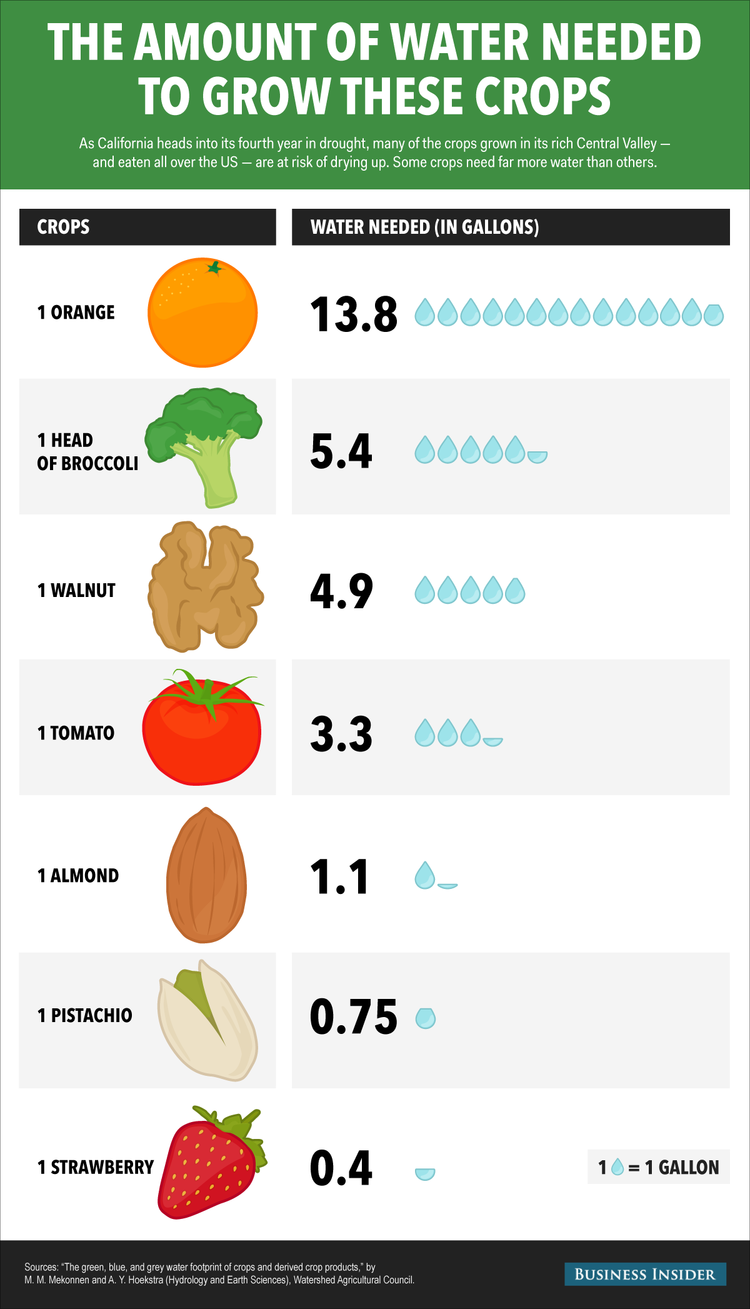 Next time you grab a handful of almonds, think about the fact that every single one of those deliciously crunchy nuts required an entire gallon of water!

Irrigation is the supply of water to land or crops to help growth, typically by means of channels.

Here in the United States, every 5 years the U.S. Geological Survey (USGS) compiles county, state, and National water withdrawal and use data for a number of water-use categories.

See chart below for water usage by category. 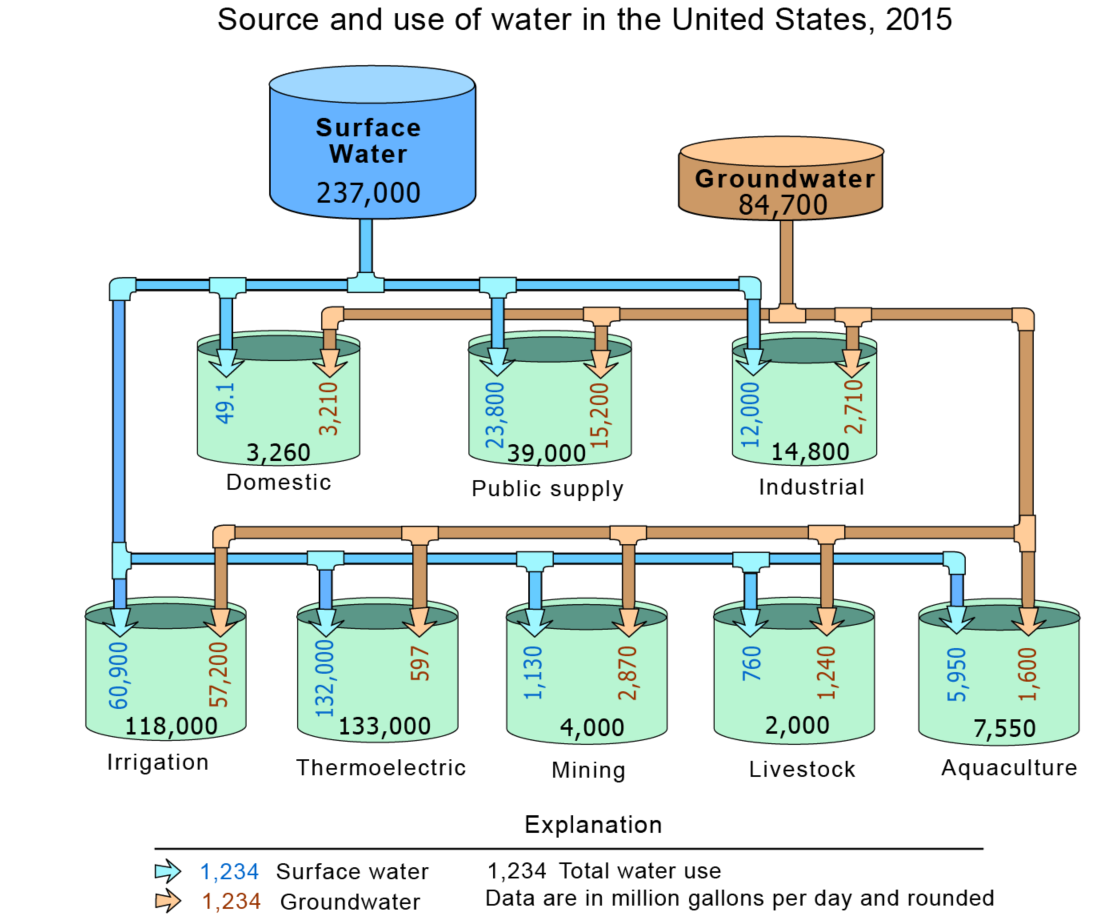 As you can see, irrigation accounts for the second highest water use category. Without the ability to irrigate our crops, we would produce significantly less food to feed our population.

It’s all the same Water