Just being near water can help boost mental health — even virtually

Just being near water can help boost mental health — even virtually 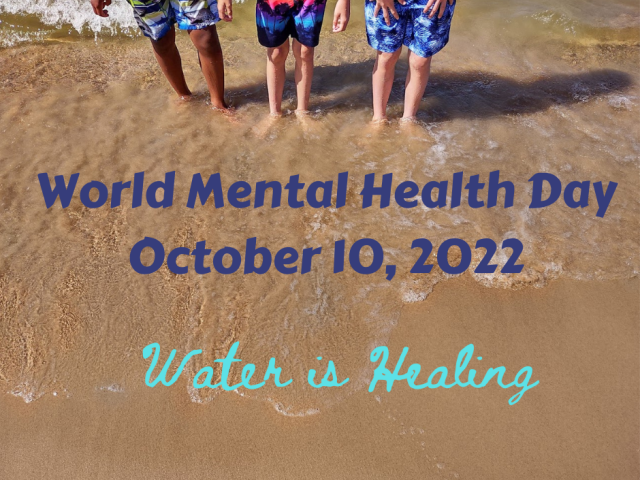 Simply being in nature may be one of the best — and most accessible — ways to boost your mental health. And being around water has particular benefits, research shows.

“If you are in a body of water, your internal state just becomes calm,” Dr. Natalie Azar, NBC News medical contributor, said on the 3rd Hour of TODAY. “It’s something that I think we’ve all experienced, but never we’ve never really been intentional about.”

Being near water boosts mental health

Being in or near water can provide benefits for mental well-being in a few different ways.

Recent research suggests there really are benefits to being near water, or in what experts call “blue spaces.” For instance, a study published in July in Scientific Reports found that people who lived near blue spaces had lower risks for mental health issues.

And in another study, published last year in the same journal, researchers surveyed people in 18 countries. Their results showed that those who visited blue spaces more frequently also reported less mental distress and better overall well-being.

Being in nature isn’t a substitute for therapy or medication, of course. But it can be a surprisingly effective way to feel calmer.

If you’re in an area that doesn’t have a natural body of water around, that’s OK. “Urban water counts,” Azar said, and that includes rivers, canals and fountains, as well as pools and bathtubs.

But if getting to a body of water is a challenge, know that you can get some of the benefits from just listening to or watching videos of water, Azar said. “You only need maybe up to two hours a week,” she explained. “So a couple of minutes every day of that exposure can make a real difference.”

Read this article where it appeared first, on TODAY.