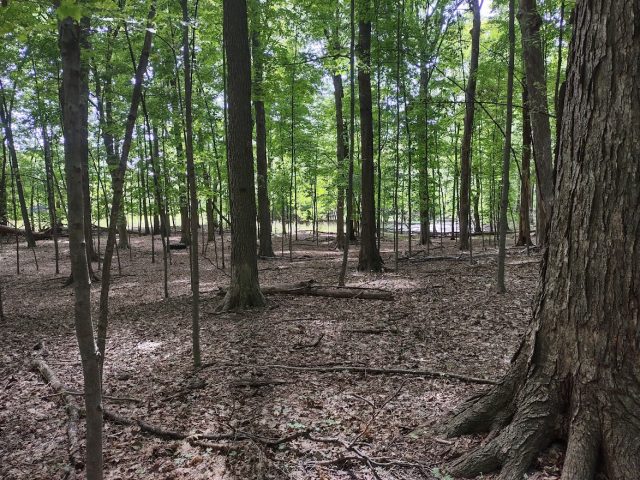 By Hanna Mackay
The Detroit News

The Michigan Department of Natural Resources has started a Forest to MI Faucet initiative to protect the state’s drinking water by encouraging more sustainable forest land use and management.

Forests cover over half of Michigan’s land area and most of the state’s watersheds flow through one before reaching a river or lake and eventually the your faucet, land use experts say.

Clean drinking water is closely tied to the health of the land it flows through, according to Mike Smalligan, forest stewardship coordinator with the DNR and head of the initiative.

“As water is passing through land, it’s going to be impacted by how that land is managed,” Smalligan said. “So forests are better than other land uses like urban areas, industrial areas, agricultural areas … When water passes through those land uses, the water is picking up more pollutants and contaminants, and introducing that into the surface and groundwater.”

Forests also are more efficient than developed land when it comes to absorbing rainwater into the soil, protecting it from surface contaminants and minimizing sediment disturbance and leakage into waterways, Smalligan said.

Forest to MI Faucet will work with 12 partners across the state to help municipalities start plans to protect the sources of their drinking water, educate private landowners about the best practices to protect drinking water, and plant trees in urban and rural forests to reduce runoff.

“We’re identifying and evaluating forest cover in our watershed to inform future investments for water quality so that we can continue to keep our drinking water clean,” Olsson said.

The council keeps track of natural areas in and around the watershed and determines their value based on how much they contribute to water quality. Groundwater recharge areas, for example, constitute areas where rainfall soaks into the soil before becoming groundwater and eventually entering a river. These areas often are found near wetlands, which are very valuable, Olsson said.

“The city is full of chemicals that we use every day,” Olsson said. “People use fertilizer on their lawns, even the tires from the cars are constantly sloughing off various toxins. When it rains, that hits the pavement, the rain washes that off into the river. If we have more natural areas … along the sides of the waterways, that runoff is intercepted by those trees and wildflowers and wetland plants.”

The Forest to MI Faucet initiative also aims to plant 60,000 trees along waterways in urban and rural areas in addition to planting 750,000 trees on state forestland.

“That’s that place where the land is meeting the water,” Smalligan said. “And we want to maintain the forest cover there to prevent sediment or other pollutants from transferring from the land into the surface water.”

Huron Pines, a nonprofit that helps communities across northern Michigan prioritize natural resources, will focus on the Thunder Bay River watershed and help the city of Alpena with its water source protection plan. Samantha Nellis, water program director at Huron Pines, said the group has been focused on nature-based solutions to water-quality issues for a long time and the Forest to MI Faucet initiative will increase their capacity.

“We’ll be focusing on the Alpena area, where they source their water directly from Lake Huron,” she said. “They have what’s called a source-water intake protection plan. So of course, they want the water to be clean and safe for the community. But it also saves them quite a bit of money if the water coming in is clean and they don’t have to spend too much on filtering that.”

The initiative also will fund several land conservancies throughout Michigan, which protect drinking water by protecting the natural land.

“Keeping forests as forests is very important because the forests that we do have are providing protective services in terms of maintaining water quality,” Smalligan said.

The Mid-Michigan Land Conservancy focuses on the upper Grand River watershed and will work with the cities of Jackson, Lansing and Portland, which get their drinking water from ground wells. Executive director Jared Harmom said the conservancy’s  goal is to protect and maintain Michigan’s open spaces.

“We’ll either purchase land that we want to protect, and then we will open to the public,” Harmom said. Or the conservancy will use conservation easements, legal agreements with private landowners in which they give up their property development rights.

“When a land owner agrees to enroll in the conservation easement through the Land Trust, which is what we do, they’re giving up their building rights but they still own their land,” Harmom said. “They can still farm it, hunt it, sell it, whatever they like. It’s still in private hands, we just ensure that the natural features of that property are protected.”

By being part of the Forest to MI Faucet program, the conservancy will be able to reach more private landowners and protect more of Michigan’s forests.

Of Michigan’s forests, 62% is privately owned, placing a lot of responsibility for forest health and water quality in the hands of private landowners. The Forest to MI Faucet initiative will work with private landowners who live upstream of municipal water utilities and encourage healthy forestry practices.

“We want to help family forest landowners in particular … smaller landowners, understand that how they manage their forests and protect their forests is influencing drinking water downstream of their forest,” Smalligan said.

Craig Kivi owns about 2,700 feet of natural shoreline preserves on Portage Lake, which is part of the Huron River Watershed, upstream of Ann Arbor. Kivi said his first goal in buying the land was to protect it.

“Natural shorelines, in fact the wetlands behind, are part of nature’s filter to clean the water,” Kivi said.

Protecting Portage Lake is also part of Kivi’s family legacy. He lives in the house his great-grandfather lived in and has seen the effects development and erosion have had on the shores.

“Being on the lake ever since I was a kid and seeing the changes is quite a drastic change for me. And once you see it, you can’t un-see it,” he said.

Mark Janke has been working as a certified consulting forester for 40 years, providing forest management services to private landowners, municipalities and public agencies.

Janke recently created a forest stewardship plan for lands owned by the city of Kalamazoo, which gets its drinking water from local ground wells. He said maintaining healthy forests often requires manipulation.

“It’s really a continuing system of manipulating the ecosystem to get desired results. And one of the most desired results I think, that we all have is healthy forests,” Janke said. “Implementing forestry techniques is really what helps us sustain those forests. And that’s definitely true and why a plan was written for the city of Kalamazoo so that they can be a better steward.”

Kivi said he thinks private ownership is the best way to protect Michigan’s natural land and he has worked closely with the Huron River Watershed Council and the state to determine the best management practices.

“The property itself was endangered, so that’s when we really knew we had to get it,” he said. This is hands-on, getting something done.”

Read this article where it originally appeared in the Detroit News.